Featuring the favourites from the two Asian countries. Guests at I’m Kim Korean BBQ & Shabu Shabu get to grill and wrap the tenderly marinated meat with lettuce (the Korean way), while savoring “Shabu Shabu” hotpot (the Japanese way).

I’m Kim KBBQ & Shabu Shabu boasts an extensive selection of Korean and Japanese cooked food such as sushi, tempura, tteokbokki, korean fried chicken and so on! Eat to your heart’s content, as I’m Kim Korean BBQ & Shabu Shabu seeks to satisfy both the Korean and Japanese foodies / fans at an affordable price, making it a perfect dining spot for families, company gatherings and casual chill-outs with friends!

SENIOR CITIZEN (Aged 60 & above):
NRIC or Valid Senior Citizen Pass must be presented 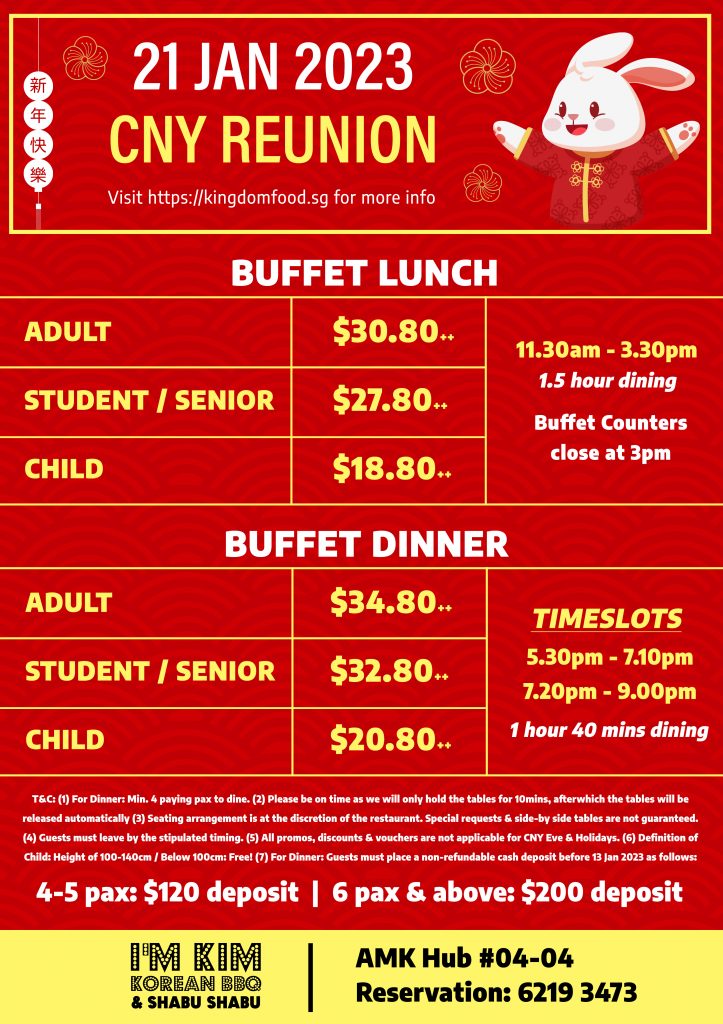 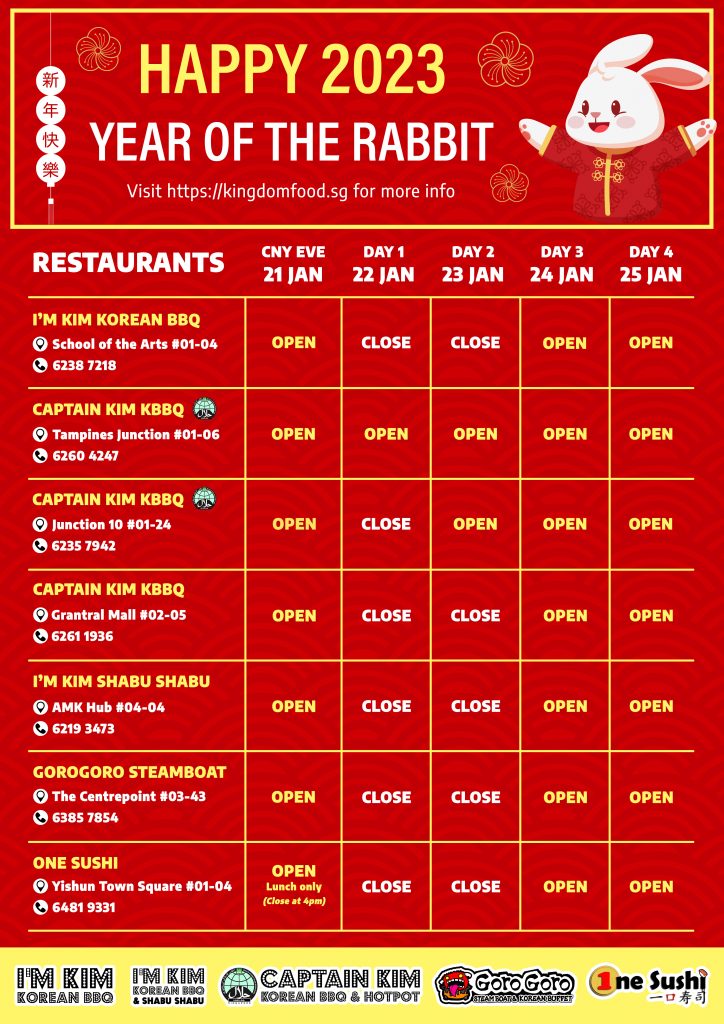 For reservation, please submit the form below. If slots are unavailable online, please call our restaurant at 6219 3473 (AMK Hub). Seating arrangement will be at the restaurant’s discretion and special requests are not guaranteed. Please note that we require a minimum of 2 pax per table to dine. 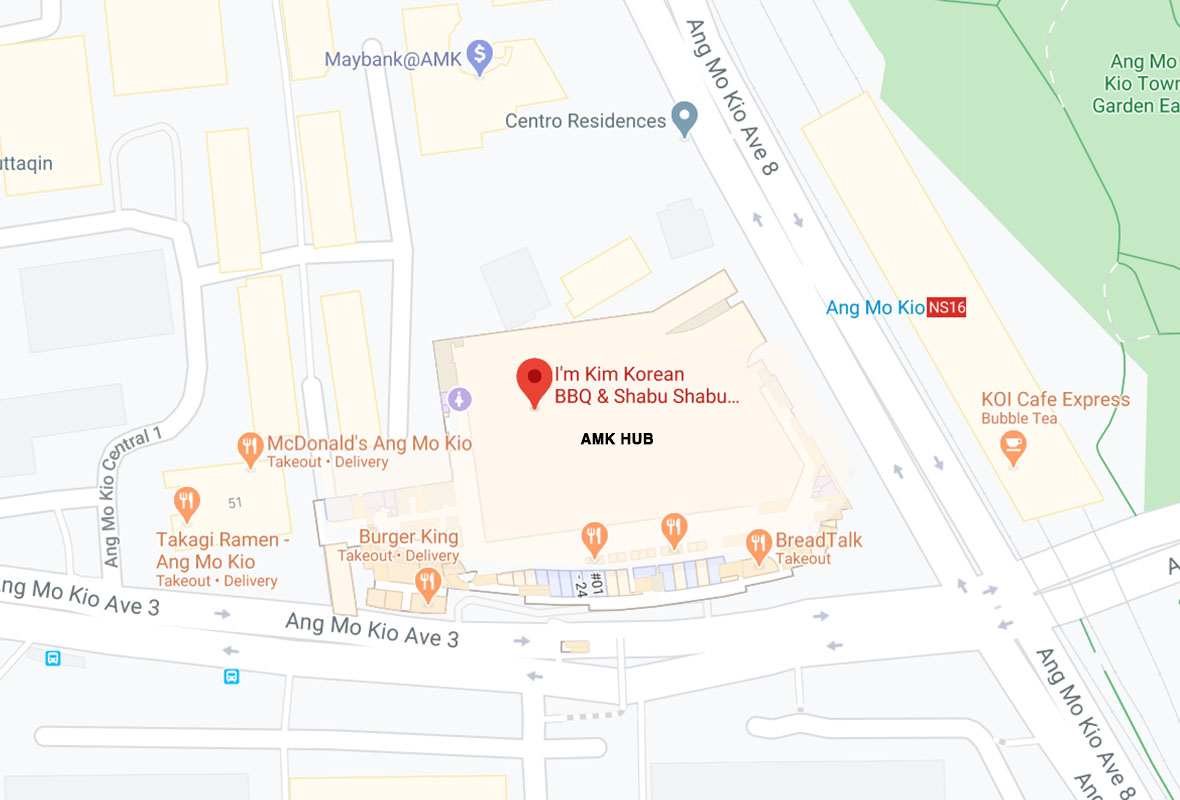